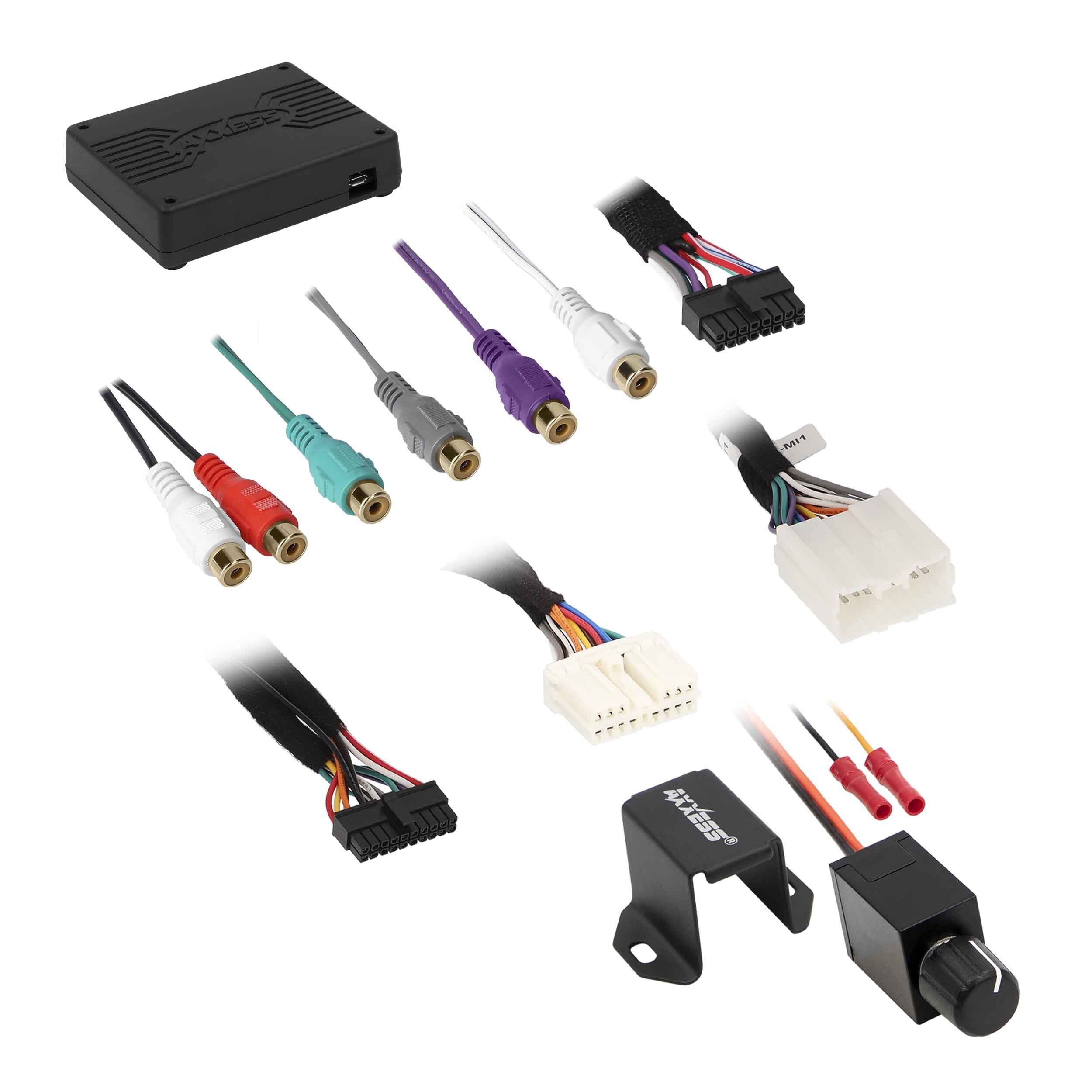 Upgrade the sound system with this cost-effective, easy-to-install DSP “Lite” package that includes a vehicle-specific T-harness. It works with OEM or aftermarket radios to take fixed level/digitally controlled analog audio and convert it to 6 channels of analog signal for use with an aftermarket amplifier or DSP.

Retain Features with a Built-in Interface
While this may be a “Lite” version, it still provides retention of many important vehicle functions utilizing Axxess’s cutting-edge technology. It features chime control, retains OEM voice prompts and sonar sensors, and has clipping detection and limiting circuits, going beyond what a traditional DSP can do.

Complete Tuning Control
There are 4 inputs and 6 outputs, including front, rear and subwoofer, and the front and rear outputs can be delayed independently up to 10ms. Full tuning control settings are adjusted via a smart device application for tablets or mobile phones and can be password-protected once set up. Once tuning has been completed, installers can password-protect their settings to prevent anyone else from adjusting, and the information is stored for future recall.

Visit AxxessInterfaces.com for more detailed information about the product and up-to-date vehicle specific applications.
Click the button or scan the QR code to get the Axxess Interfaces App for Android™ or iOS®